Good News!
A newspaper not written by the lying Jews!

is where you will find, the Ancient Secret Knowledge of Europe and Asia
to Cure Modern Problems.

The Mystic Secrets of Ancient Europe

Episode 1, Lessons 1 and 2 are now available

Many people are familiar with the 5,200 year old Irish Stone Age Cathedral
of Newgrange, Ireland. But even the archaeologists do not understand it and often making wrong theories as to its meaning and its message.

Here, for the first time in modern history is the complete description, explanation and the ancient Caucasian training methods for unlocking the great power of our Aryan ancestors.

Mr. Lugh O'Donovan has agreed to share the knowledge and skills of his ancient forefathers with our Company in exclusive, short video lessons available only at
this web site. You will enormously increase your knowledge and appreciation of ancient European Man and Woman by watching these short video clips.

The Mystic Secrets of Ancient Europe

The demon Jew, Henry Kissinger, recommends to his fellow Jews,
to Genocide all of Mankind. 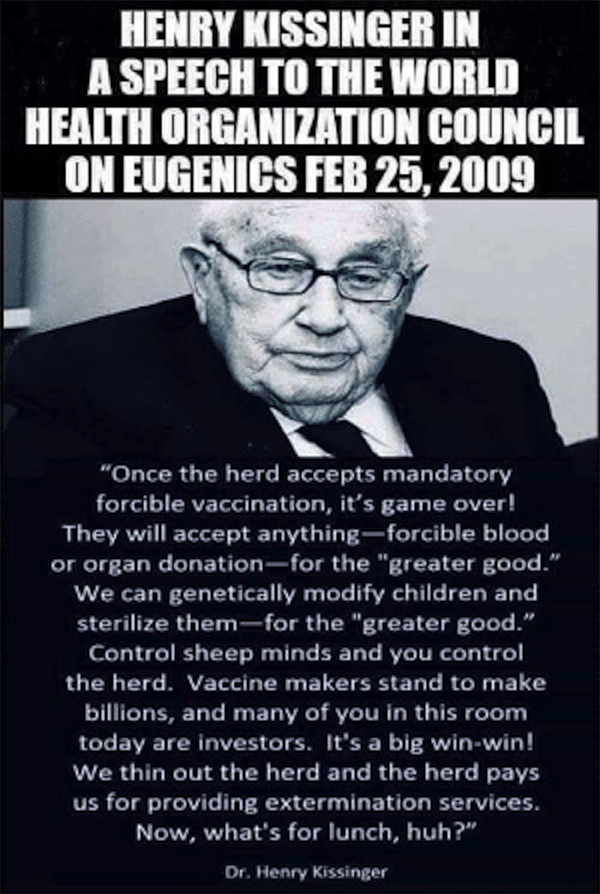 This speech was given 11-years before the Jewish-Communist virus attack upon the world. This speech proves that the Jews have been planning this attack for a very long time. Henry Kissinger was one of the Jews who orchestrated the military fiasco known as the Vietnam War. He betrayed the USA when he was in power and now he and his fellow Jews are betraying all of Mankind.

What does a Jew mean when he refers to Mankind as "the herd?" That is what the Hebrew word, "goyim," means -- "swarms of lowly insects, a herd of stupid cattle." This is what the Jews consider all races of Mankind to be. So, whether you are of the white, brown, black, yellow or red races, the Jews plan to murder all of you for the "greater good" of the Jews.

As for you stupid Christians, understand that the god of the Jews is the god of Hatred, Warfare and Genocide. This is one reason why Jesus called the Jews, "the Children of the Devil." With this pandemic hoax, the Jews intend to genocide all of Mankind. This speech given by this poisonous old Jewish toad, proves it.

THE DANGERS OF VACCINES

If the Jews' Media wants to force you to have poison injected into your body under the fake Covid-19 hoax, DON'T DO IT !!!

Vaccines cause autism, dementia, birth defects and many other mental problems. Vaccines can actually sterilize you and your children, bringing about the Jews' much-anticipated and prayed-for extermination of the Caucasian Race. The Jews, the Democratic Party and the Communist Party are behind the entire Covid-19 hoax!!! Watch this 8-minute video for the truth about vaccines. 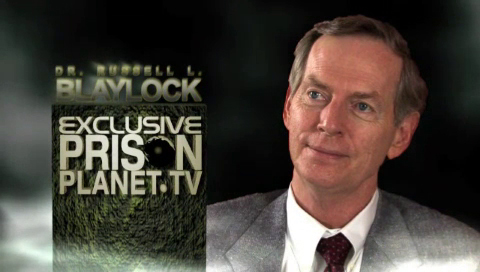 A new political sticker
Compliments of the Cosmic Wheel Association.

This sticker can be downloaded as an Acrobat PDF file
which is formatted for 2 x 5 Avery label sheets.
Print them from your computer and past them everywhere.

The Deadly Enemy of the Ordinary Man: The Democratic Party, a speech by Dinesh D'Souza

Dinesh D'Souza gave this speech just one day before the pivotal 2016 Presidential debate between Donald Trump and Hillary Clinton. But it contains historical and political insight regarding America, Hillary Clinton and the sins of the Democratic Party that transcends all historical time. It is a very entertaining and educational speech, sprinkled with humorous stories and razor-sharp political attacks. This is undoubtedly one of the world's greatest speeches. It is enlightening to all political parties, to all nationalities and to all races -- not just to all Americans.

This speech was given by Washington insider, Dinesh D'Souza, at the Conservative Forum of Silicon Valley, California, September 18, 2016.

Additional commentary is provided by the Cosmic Wheel Association.

That's right, the great mystery is solved as to who wrote the famous Protocols of the Learned Elders of Zion. It was actually written in 1840, seventy years before it was published in Europe!

"Who wrote the Protocols?" is an old puzzle now solved with this insightful historical analysis. This e-book is 87-pages long, but this also includes Victor E. Marsden's original translation of the Protocols. Thus, the secret history of its origin is followed by the original 1921 translation that started the whole mystery. This booklet makes a great gift for your liberal and Christian friends who still believe that there really is such a thing as an "Innocent Jew." What a myth!

Available in both Acrobat .PDF and .EPUB formats for e-Book Readers >>>
Download the e-book Here.

Remember, you found it here first on the Bamboo Delight Company's new website. Be sure to tell all of your friends so they can download a copy of this ingenious solution to a famous historical "who-done-it?"

Jewish Plastic is Good for China

If you believe that all of the plastic bottles, bags and broken plastic trash that you "re-cycle" goes to a special, high-tech re-cycling factory, then you have been deceived by the Jews once again. All of your efforts to "Save the Planet" are sabotaged by the Jewish financiers and industrialists who make more money by trashing Mother Earth than they do by re-cycling. Natural products like glass bottles, metal cans and hemp boxes all re-cycle perfectly but synthetic products like plastic do not.

Jiu-Liang Wang filmed an outstanding documentary on this problem using the example of Red China, but the problem is worldwide. This four minute clip is from his DVD entitled "Plastic China." (You can buy the entire video from Amazon.com; it's really worth the money. It's a great documentary wherein you will learn a lot about modern Red China from behind the scenes.) It shows in China, what the Western plastics industry is doing worldwide with the labor of third world Communist slaves as well as with the poor peoples of Africa and India, in fact, anywhere that the People are so poor that they will pick through Corporate garbage for something to eat. Remember, all plastic is made from oil. The financiers who deal in oil-based corporations — they alone, all of them —  are the cause of worldwide plastic pollution. The financiers who manufacture and market plastic items are to blame, not the people who buy their synthetic products. Yet, being mostly pious Jews forever looking for a scapegoat to take the blame for their evil deeds, they blame it all on the People who buy their plastic products which are designed to break and be thrown away! The financiers and corporate chiefs make even more money by throwing plastic away so they can sell you new plastic trash. Then, they pay pennies to poor people to pick through their trash. It's called "recycling" but it really isn't "re-cycling"; it's concealing ruthless Corporate greed behind both the idealistic work of those who actually care about the Earth as well as the work of the very poor people who dig through the Corporations' garbage dumps for a hand-to-mouth existence. The Financiers and Corporate chiefs don't work; they profit. The recycling of plastic is a world-destroying fraud and a hoax, as you will see in Jiu-Liang Wang's documentary.

The big Chinese billboard in the port city of Tsingdao Harbor reads:

The translation of the song in the sound track is:

"The sun rises,
Chairman Mao is dearest.
You opened up the Golden Road.
Forever Chairman Mao.
Your brilliant ideology
is always inspiring me.
You dispersed the clouds and fogs.
Follow Chairman Mao."

You will understand the irony of these slogans and lyrics after watching this four minute sequence. 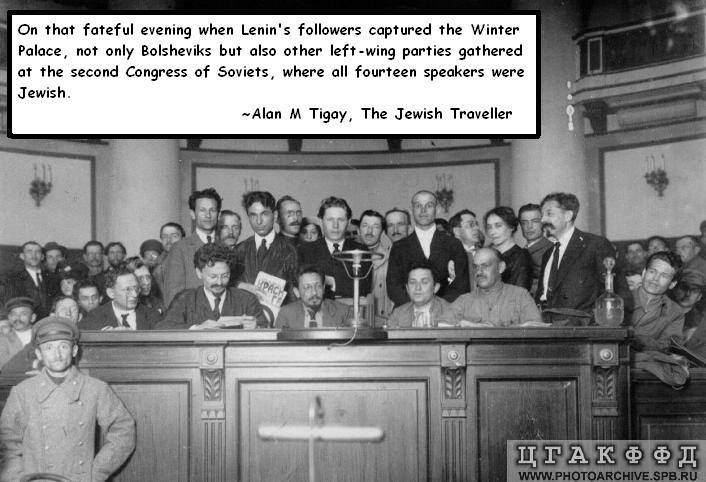 The Jews invented Communism, the Jews financed it, the Jews directed it, the Jews promoted it, the Jews used it to genocide 100 million people, the Jews lied about it, and only the Jews profited from it while all of Mankind suffered from it. And the wealthy Jews who dictated the Protocols of the Learned Elders of Zion explain in detail how the greedy and perfidious Jews want to enslave the world to both their ruthless Capitalist Money Power and their brutal Communist dictatorships. If you haven't read the Protocols, then you know nothing about those who pull the strings attached to every lying politician.

We hope that you are amazed and Delighted.